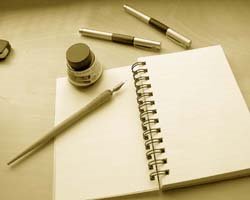 On Monday I published the post titled “The”¦A Great American Novel,” and in that post I noted the impossibility and futility in attempting to discover “the” great American novel, and instead proposed that as readers we should strive to find “a” great American novel in respect to time and place. I then composed a very short list of works which I considered to have captured the American soul within their framework, and also poetically illuminated American ideals in all their many forms, whether they are hopeful and hardworking or nihilistic and anarchic.

In the midst of editing the list I noticed all my choices were male, and I offhandedly commented as much at the end of the post. Anniina also noticed my gender-omission and pointed it out in the comments section. I vowed to formulate another list, this time comprised solely of females.

In the original post I listed authors who I felt the academic academy had unjustly ignored, perhaps because of their contemporary or popular appeal, and attempted to steer clear of works canonized and readily taught in institutions of higher education. This proved somewhat difficult for the female list, and probably because of my own reading habits more than anything else.

See, the American female authors I read on a regular basis, Anne Rice, Candace Bushnell, Madeleine L’Engle, Holly Lisle, Poppy Brite, and Laurell K. Hamilton, haven’t really written what I’d characterize as a great American novel. Entertaining? Most certainly. But truly great? Mmmm, less certain on that one. Bushnell’s the only one who comes close, but even still, I don’t really think she quite gets there. As Anniina pointed out in her comment, our culture hasn’t exactly encouraged women to become writers until very recently, and in some places I suspect a number of folks still harbor the notion that writing is an artistic pursuit best left to men. Consequently, male authors greatly outnumber female authors, thus making list-constructing endeavors like mine doomed to insult the female readers before I ever placed fingers to keyboard (I’m exaggerating a bit, but at the same time I’m not).

I did formulate a list I’m proud of without using Lee, O’Connor, Wolff, Morrison, Walker, Jacobs, Hinton, etc. You’ll have to forgive me, because I did include two Pulitzer winners.

“The Dispossessed” Ursula K. le Guin. I led off with PKD in the last post so I only thought it appropriate to lead off with a sci-fi author on the female list as well. If you think females are underrepresented in mainstream publishing then you must not be a sci-fi fan because they are practically non-existent in the techo-nerd community. Unless you’re talking about Ursula, that is. She’s been publishing in the genre for nearly fifty years. In “The Dispossessed” le Guin explores the possibilities of a Utopia, and the dangers of a centralized government.

“A Thousand Acres” Jane Smiley. Smiley reworks “King Lear” and places her story of sibling rivalry, greed, and betrayal on a farm in Zebulon County, Iowa. The dilemma of how a rural woman defines herself, mother, sister daughter, becomes a central theme of the novel. We begin to see that in Zebulon County, and on the Cook farm in particular, women are defined by their relationships to men and their ability to bare children.

“Shipping News” E. Annie Proulx. Yes, this is the basis for the shitty Kevin Spacey movie, but don’t hold that against the novel. And I also don’t wanna hear any semantic complaint that I should exempt this one because it takes place in Newfoundland. This text perfectly captures the hurt and psychic damage that occurs after a horrible relationship. Besides, Quoyle eventually seizes control of the foreign newspaper and manages it with the flair of a capitalist, just as any true American would.

“Christ Our Lord: Out of Egypt” Anne Rice. Okay. I know I listed her as a female author who I didn’t consider “great,” but I rethought my decision and I’m listing her here for the exact same reason I listed Frey on my other list: she’s capitalizing on exploitation. Frey capitalized on our societies voyeuristic need to see folks hit bottom for entertainment pleasure, regardless of “facts,” and Rice has cleverly capitalized on the current fad of renouncing past debauchery to embrace radical fundamentalism…and then profiting from the fundamentalism.