I love how the blog has begun to truly become a community. I love the fact that I not only have loyal readers, but that I have vocal loyal readers who view my silly posts as the spark to ignite greater conversations and debates.

Thanks to everyone who takes the time to comment: I appreciate every word you grant me. And yes, I’m even thankful for the negative comments. I like ruffling feathers just as much as I like smoothing them. Sometimes even more.

Several posts ago I discussed the concept of the great American novel, and formulated two spontaneous and haphazard lists wherein I discussed several novels which I consider to have captured the indomitable American spirit. Keep in mind that I consider the American spirit a fluid and ever-changing force; thus my list illustrates many different facets of said spirit. I’m also well aware that my lists are woefully inadequate and reflect my opinions and nothing more.

Anniina posted a list of her own on her blog, which you should go read, and I gotta say I’m a little upset at myself. Why? She included Neil Gaiman on her list. I can’t believe she did and I didn’t.

Why didn’t I? Well, first off Neil’s British, but after thinking about it that makes the choice even cooler, because now we have a reason to debate what constitutes an American. Unless you’re an American Indian (I refuse to use the b.s. term “native American” but that’s another post) you aren’t indigenous to this land, and consequently everyone besides them are immigrants somewhere down the line. Do we have a time limit on when a person or family line achieves American-ness? Has Neil reached that imaginary and arbitrary point, or do we believe he’s imposing himself into a position of power where he has no right?

Beyond the point of lineage are we also saying that only Americans posses the knowledge and the skill (or right?) to capture and explore in prose the American spirit? If yes, then we must extrapolate this even further and determine whether or not we believe that a white person is incapable of writing about black experiences, or a woman write about the experiences of men?

But truthfully I’m just upset with myself that I didn’t think to include him on my list. Really, I could just kick myself right in the face. Also, I came thiiiiiiiiiissssss close to putting Morrison on my list, and the mere fact that I read her for one of my last MA classes stopped me. DAMN YOU ACADEMIA! 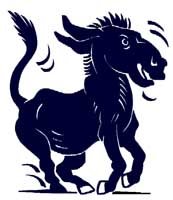 Other readers (well, just one) thought I sucked just because I made a list. We went back and forth with him debating my decisions and me drawing attention to his varied and sundry psychoses, and eventually I won the debate (hey, it’s my blog and I always win”¦and if I don’t I delete the evidence).

The day I lose an argument on my own blog is the day I hang up my keyboard”¦so says the English grad with the monumentally moronic metaphor.