You Sleep How Much?

I should probably explain that I define morning as the time I wake up after sleeping an extended period of time (E.P.T. > 9hrs), regardless of whether I wake up at 7:30 or noon. I define afternoon as the time which extends after the first meal I eat after waking, and before the sun goes down. I define night as the time between when the sun sets and whenever I go to bed, which could be anywhere from 11:00 after The Colbert Report airs, until the sun begins to rise the following day.

Let’s bring this all together for a typical “Mark Day”: This morning when I woke up (11:45 A.M.) I ate a nutritious breakfast comprised of leftover Pad Thai and half a banana. In the early afternoon (3:34 P.M) 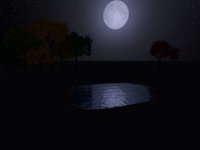 I took a restful and rejuvenating nap, and then Ellie and I took a short stroll around the block, all the while remaining mindful not to overexert myself during my recuperation period (see previous post). Later that night (10:05 P.M.) we ate a leisurely dinner and watched some television. After my wife went to bed I worked on some writing projects and blogged for several hours, until I noticed the time had become a tad bit late (3:45 A.M.) and I moseyed off to bed so as not to exhaust myself.

Follow this regimen and I guarantee you’ll feel more rested and find yourself with more energy than you’ve ever experienced.

Which will probably be due to the fact that you’ve been fired rather than the regimen, but at least you’ll feel good, right?