You Can’t Say “Bomb” On A Plane. But What If I Was A BOMBardier?

Yahoo published an article today which reports that the Transportation Security Administration has announced they will let passengers carry sharp objects, like scissors on airplanes again.

Now, if I’m not mistaken, the terrorists on 9/11 used box cutters (SHARP OBJECTS), not bombs (LEAVE MY SHOES ALONE) to hijack those four planes, so why are we now allowing things like scissors back on flights? Are there really that many passengers upset because they aren’t allowed to sew on-board? I bet they’ll let you take scissors on the plane but will deny you entrance if you try to smuggle on a Bic lighter.

I hope the folks who run the Transportation Security Administration have some type of mental deficiency, because if they don’t we have some serious problems with the competency and intellectual level of high ranking officials. Ain’t that right Rummy? 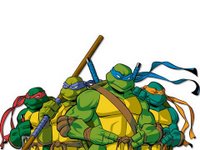 Two years ago Leigh and I were in a line at the DFW airport, and while we were waiting I actually took the time to

read the big sign that lists all the things you can’t take on planes any longer. On the list were “numchucks.” And no, I didn’t make that up. Two things: 1) They’re called “nunchakus,” and occasionally “nunchucks” but never “numchucks,” you idiots. 2) Why the hell were they allowing folks to carry weapons like that onboard the planes anyway? Were the Teenage Mutant Ninja Turtles frequent flyers? Would they have allowed me to carry a pair of Sai on the plane; or how about a bokken? Would that have been alright?