Brad Vice held a PhD in English and an MFA in creative writing. He was recently awarded the prestigious Flannery O’Connor award for his book of short fiction Bear Bryant Funeral Train. Things were going well for Vice, until a reading adviser at the Tuscaloosa Public Library read the beginning passage of Vice’s award winning book. This astute lady immediately recognized the opening passage and that recognition sent her into Tuscaloosa’s stacks. 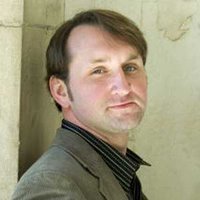 She found that Vice had lifted much of his book from Carl Carmer’s book Stars Fell On Alabama, published in 1934. She notified the publishers and they are quite understandably extremely pissed off. So much so that they’ve recalled all copies of Vice’s book and have had them pulped, and his O’Connor award has been rescinded. Vice’s employer, Mississippi State University, has begun investigations into his other publications as well. Turns out he may have plagiarized his PhD. dissertation too.

Bloggers have also found many other instances of plagiarism in Vice’s other published works. You can read a longer story on Vice here, and you can go here for an article from Mississippi State’s school newspaper “The Reflector.”

Some of his fans are screaming “HOMAGE” from the top of their lungs, but give me a freakin’ break. You can read their crazy-ass articles here and here. Implicit in creating an homage to another work is the knowledge that your audience will immediately recognize the reference. When Milton referenced Spenser in “Paradise Lost” he did so with the knowledge that his readers would not only recognize the reference but also would have actually read the “Faerie Queen” and bring with them the knowledge learned from the original work. You just can’t dig up some obscure book, crib a buncha the pages, not tell anyone, publish it, then jump up and down yelling “homage” when you get caught.

From someone who’s spent the majority of his academic career struggling to find a distinctive voice amidst a sea of talented people this whole thing sickens me. String’em up, that’s what I say.

One thought on “When Profs Go Wild”