Several weeks ago Matthew Fox, an actor on the show “Lost,” appeared on “The Daily Show” and said something I found quite interesting. He expressed a bit of concern regarding the struggle between art and commerce, and how much of a role financial longevity plays in the creative process of story writing that goes into the show. He said “hopefully the story will take as long as it needs to take to tell”¦and it won’t be, sort of, drawn out for jillions of episodes.” For the sake of Fox and “Lost” fans in general I really hope J.J. Abrams et al have a stunning ending in mind, which they are writing towards and they don’t let the story languish like the typical American television show.

One of the things I’ve found quite endearing about British shows is the writers and creators propensity for crafting a narrative with a definitive end. Shows like “The Office,” “Spaced,” and “Fawlty Towers” were written much like a novel; they contained a beginning, a middle, and a definitive end. For the most part, shows here in the U.S. seem to be written with no clear sense of a narrative end, as such, and more with the intention of an open-ended narrative which could be drug out for as long as the money flows in and the Nielsen’s remain high.

This indefinite and limbo-like mode of storytelling appeals to advertisers and networks because they like the notion of a secure investment, but creatively it’s problematic. It leaves very little room for character development because without and end in sight the writer must simply keep the characters relatively static. The characters can’t make life-altering decisions or experience anything too epiphanic because that would change the dynamic of the show. Without a resolution the storylines become unsatisfying in their repetitiveness. 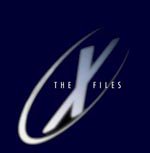 How many shows have suffered from this writing malady? “The X-Files,” sure did. It seemed that Chris Carter had a clear story in mind he wanted to tell when the show started out. Then it devolved into big ”˜old mess. Howsabout “Twin Peaks?” One of the most intriguing shows ever”¦in the beginning. Demonic possession? Really? “Moonlighting?” They’re together; they’re not together; oh, who gives a shit?

For season upon season the writers write open-ended storylines with their static characters and their stale sets, and then one day the producer gets a call from the network brass informing them that they’re canceling the show. They only have six shows with which to end the series. So they force an ending on a story which was never designed to end.

Just in case you become a writer of a show such as this, let me give you a little piece of advice:

Do not, under any circumstance, try to explain years of storyline as nothing more than a dream. If you attempt to end your show in this manner do not be surprised if viewers show up at your door with torches and pitchforks desirous of your violent demise.