The Slow and the Stupid

While driving this afternoon Leigh and I were lucky enough to get stuck in traffic next to this car: 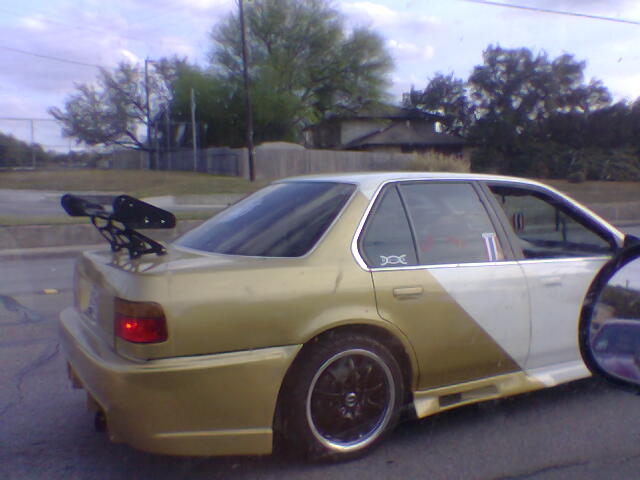 The man driving had thoughtfully installed a radio with an amplifier and speakers loud enough so that everyone within a block radius could enjoy his unintelligible yet bassy music. How nice.

I thought this kinda shit went out of style ten years ago, but we get stuck next to the one Nemesis fan who can’t seem to get rid of the munchies in his bass. (bonus points if you get that reference)

Also, what the hell is the deal with the oversized fins and the tailpipes that make the car sound like a Johnson outboard boat motor? You have a four cylinder car; a shitty four cylinder car at that. You have no need for accoutrements native to formula one race cars”¦BECAUSE YOUR SHITTY CAR CAN’T EVEN REACH 90 M.P.H.! That fin probably weighs half as much as the car, which would negate any aerodynamic function it could possibly serve.

I would love to mount a mobile EMP device on the bottom of our truck that could be deployed whenever one of these bozos drives past. It would zip underneath their vehicle and discharge the EMP destroying everything electrical and ridding society of their god-awful bass. And I could drive by as they crash into an electrical pole as a result of brake system failure, and smile while enjoying the soothing melodious music of Tenacious D.