As a child I don’t know if I ever watched the Olympics for any extended period of time. My grandmother loved to watch the figure skating, and I never understood why. Take annoying choreography and mix it with hockey and divide by breakdancing and you’ve got figure skating. Yay”¦go team! Now when does someone fall?

Aside from our “Dream Time” in basket ball and that annoying pixie Mary Lou Retton I couldn’t actually identify by name any Olympic athletes. ”˜Course, I can name all six members of the villainous super-team “The Sinister Six” so I guess I just have different priorities.

I know the whole thing is meant to foster goodwill between nations, but really folks, couldn’t we do that in another way which doesn’t require the pre-emption of Scrubs and The Office? I mean, my Tuesday and Thursday nights are just ruined for two weeks.

This may seem like a completely pig-headed-guy-idea, but instead of the traditional Olympic Games, why don’t we have Olympic strip-offs? Think about it. Instead of competing in events of physicality where nations accuse each other doping and eventually leave angry at one another, we could have each nation send their best team of strippers to the Olympics. We’d have a team of guy strippers and a team of girl strippers, and the Olympics would be comprised of events designed to ascertain which nation has the most talented strippers. 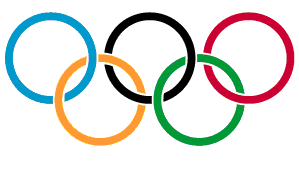 We could outlaw plastic surgery and banana-hammock stuffing so everyone competes on a level playing field, and in the end even if your nation lost you’d just be thankful to have seen all those beautiful people.

I think this could bolster goodwill in a way that the Biathlon never will. How could you possibly maintain a fanatical hatred for another nation after seeing how beautiful and alluring their citizens are?