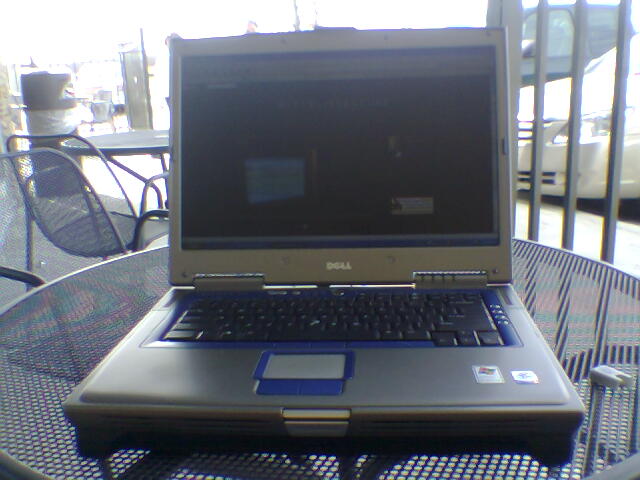 Well, as you can see I found a Wi-Fi connection, but I’m not entirely comfortable posting in the midst of strangers. Gives me the heebee-jeebees for some reason.

Anyway, since I’m not in the comfort of a home, not even my home any home would do, don’t expect any deep or insightful posts for the next couple of weeks. And while I’m at it I’m going to go ahead and apologize in advance for not posting everyday. I’ll try to hit the ‘net every other day at best, but next week we’ll be in Vegas so don’t expect anything other than a few mobile posts with some crap-cam pictures.

I’m not entirely sure of the veracity of this article, but the author claims that Brandon Routh, the new Superman for you non-nerds, has such a large penis that it can be seen bulging underneath the Superman outfit. Great Cesear’s Ghost, indeed. They’re apparently reviewing digital manipulation options so it won’t appear so monsterous on screen. The article intones that folks are suprised about this, but what did they expect? The guy is Superman, so it only goes without saying that all of him would be Super.

Speaking of Superman and his manhood, go here to read why Superman is a dick.

Enjoy those links, and I’ll try to post some tomorrow.