In light of all the controversy over James Frey’s book I was reminded tonight of another author who embellished real-life events in a “nonfiction novel:” Truman Capote.

We saw “Capote” tonight and I was completely blown away by the movie, and more specifically Hoffman’s performance as Capote, but sitting there in the theater I couldn’t help but make connections between Capote and Frey.

I’ll grant you that Capote’s genius completely overshadows the questionable talent of a guy like Frey, but underneath it all they utilize similar writing strategies. They each appropriated actual events and manipulated them for the greatest dramatic effect possible. Interestingly where Frey makes himself the protagonist of his narrative Capote completely writes himself out of the incidents following the Holcomb murders.

Before I go on I’d like to state the following: I love “In Cold Blood.” I find the text fascinating for many different reasons ranging from the artistic to the macabre. You should know that bit of information before you read the rest of the post.

Now then. I find Capote’s manipulation of events much more disturbing than Frey’s. I know guys like Frey. There are millions of guys wandering around that tell lies in the mistaken belief that folks will think they’re more important than they really are. One of my best friends from childhood is like that. Eventually they tell a lie so big they aren’t able to maintain it anymore. That’s what happened to Frey. You know, he’s probably a decent enough guy deep down. In the last issue of Entertainment Weekly Stephen King lit into Frey pretty harshly, but one thing King said I agree with and that is that Frey is probably just a recovering alcoholic and a habitual liar. And as King said, “Stewbums and stoners lie about the big stuff”¦but they also lie about the small things”¦[m]ostly [they lie] just to stay in practice.” Frey lied in his book because that’s what liars do: they lie.

On to Capote. That man knew what he was doing. Capote was already a seasoned and skillful writer by the time he decided to pen “In Cold Blood.” He consciously constructed the narrative of “In Cold Blood” to not only conform to the subconsciously familiar three act structure, but also to appeal to our sympathy through various techniques, including but not limited to: poetic language, shifting of verb tenses to manipulate time, represented discourse, negative capability, and the straight-out invention of incidents.

Capote also beguiles the reader with the sense that we are something of a jury, and as the author he simply presents unbiased material for us to deliberate on. He says as much in the acknowledgements of the book “All the material in this book not derived from my own observation is either taken from official records or is the result of interviews with the persons directly concerned.” To prove this false a curious reader need only to flip to the end of the book. That whole scene between Dewy and Susan that takes place in the graveyard by the Clutter graves? Capote made that up. So much for his observations or his interviews.

I find Frey a naÃ¯ve (literarily speaking) liar who got caught up in and chewed up by Oprah. Had Oprah not added his book to her infernal book club list the odds of such a brouhaha erupting over his little memoir are pretty small. I find Capote a skillful writer who quite coldly used the murder of four people for artistic purposes. Now I’m not saying he didn’t sympathize for the Clutter’s or the citizens of Holcomb, but I do feel he used their murders for artistic gain. 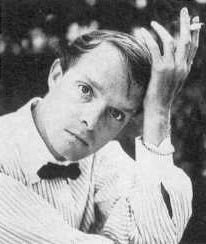 In spite of all that he wrote a brilliant book. I think his true brilliance resided in his ability to intertwine meticulous research with a poetic sensibility. Watching the movie after having read the book several times is like ordering a wonderful meal and finding you have room for an even more wonderful dessert. They are truly companion pieces and you must read and watch them both.

Capote’s work that is. I couldn’t read the dust jacket of Frey’s book without feeling nauseous. I wouldn’t recommend buying Frey’s book at all. In fact, I boycotted all books on Oprah’s book club list a long time ago.