Beam Me U…You Know What? Don’t Even Bother. 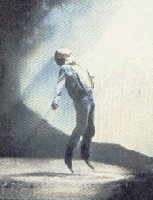 You know what I miss? Alien abductions. We’re currently experiencing a drought of alien abductions and I think that’s just a crying shame.

Remember the late eighties and early nineties when alien abductions were the topic of every magazine and every other yahoo claimed to be an abduction survivor? Weren’t those good times? The Enquirer, Weekly World News, hell I bet even Time, all led with stories and pictures of those goofy-ass grey aliens with the big walnut eyes and the elongated fingers. Logic and empiricism be dammed, those things were believable looking! 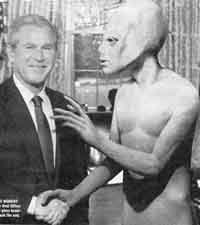 Hollywood even produced several movies which were “based on true stories” about abduction. They took Whitley Strieber’s hilarious book “Communion” and made a movie out of it, and FOX even aired that “footage” of the alien autopsy. We had all kinds of exciting conspiracy theories about Area 51 and Rowsell and rumors of the President meeting with the alien overlords. Those were exciting times, weren’t they? How naive we all were back then to believe that a government that can’t even cover up torture could cover up alien visitors. Good times, huh?

And cattle mutilation? Whatever happened to that? I miss that. Did the aliens suddenly realize that the secrets to the cosmos reside someplace other than inside the weird, mooing quadrupeds on the little mudball three planets out from the little yellow sun? Probably. Either that, or the rednecks who attacked the cows with chainsaws eventually went to jail for an unrelated crime.

Apathy. It’ll be the downfall of everything good, you mark my words.

3 thoughts on “Beam Me U…You Know What? Don’t Even Bother.”