Because of my impending graduation I’ve been frantically searching for some activity to fill my time next spring. I’ll allow you to finish spouting out “find a job you lazy shit!” and continue with my announcement. Starting in the beginning of next year I’ll organize a brand-new religion in which I am the sole basis of worship. Yep, that’s right, my own religion and I call it “Markanity” and I’ll begin accepting and reviewing applications in January.

When and why did I decide this? The idea crystallized after reading this interview with L. Ron Hubbard’s son and reading this article about Scientology’s secret caves which house their holy documents. Creating your own religion is pretty hip these days and I want to cash in on that trend. If a shitty sci-fi writer possesses the ability to con millions of people out of billions of dollars annually then I’m wagering that I’m just shitty enough of a writer to con at least a few people out of a hundred thousand bucks a year.

Here are some points I’m keeping in mind while developing Markanity: 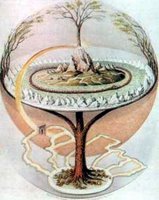 1) Write an elaborate and unbelievable history of creation. This step is tantamount to the whole endeavour because folks simply don’t want biology, geology, chemistry, or any other goofy-ass, boring scientific discipline interfering with their religion. My religious history will have it all: explosions, spirits, floods, darkness and chaos, seminal fluids, space ships and spaghetti monsters, snake fangs, a giant earth-tree, spiraling gyres, giants, nuclear bombs, psychiatrists, a large chain, mud people, a plow, erupting volcanoes, and loads and loads of apples and pomegranates. The history begins with creation and ends with my followers donating large sums of money. I’m following Lord Raglan’s list of heroic life-patterns in fabricating my personal history, although I’m skipping the part where I lose favor with my people”¦too much drama and not enough financial pay-off in that step.

2) Parts of my religion are secret and I will only reveal them with offerings and sacrifices which are comprised of obscene amounts of cash. L. Ron actively recruited rich people, which was a genius idea. Many of the more popular religions are all about the empowerment of the oppressed or the downtrodden, which is fine for the oppressed and downtrodden but a bit of a drag for the old coffers. When people have to worry about paying for food they won’t be quite as inclined to splurge on my $500 a week Markanity counseling sessions. Since I know I have a very slim chance at convincing the government to declare Markanity the state religion of the U.S. (Protestants already have a lock on it) I’m going the L. Ron route: charge for spirituality!

3) Retain many powerful lawyers and lobbyists which will verbally/physically harass and or sue the pants off of anyone who claims my religion is a shame. (This one’s pretty self-explanatory)

4) Begin systemically attacking established religions and sciences. Unlike Scientology which has remained fairly insular and defensive, I’ll begin an immediate attack on every institution besides mine. I call this the “O’Reilly Offensive,” and I’ll use it much in the same way the Germans utilized the Blitzkrieg: overrun your opponents forcibly enough and they won’t have the guts for another fight. I’ve sought the advice of Roy Moore and Dick Cheney on this particular subject.

5) Speak and write with authority. I’m positive that I’ll get whatever I want if I simply phrase it in King James-esque language: Verily, I say to you, blessed are those who bring the savior RAM, for the Lord doth move in mysterious ways but can only multi-task with one gig or more. Or how about: Verily, I say to you, do not look at your Lord with contempt if he doth point out your short-comings and laugh at them, for the man who endures such ribbing without violent retribution is fit for the kingdom of Mark. 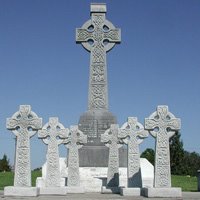 6) Die. Well”¦maybe just tell everyone I’m dead, but religious patterns and classic hero journeys always contain a death. The hero/savior must die and then be reborn in some way, but I’m hoping I’ll brain-wash my followers into believing a nap counts, because I don’t think I’m wily enough to pull off a full-blown death scene. I’ll just have a nice lie-down and explain that I passed away as soon as I closed my eyes. The snoring was my spirit pushing its way out of my nostrils.

In just two months I’ll reveal the ridiculously confusing history and financially driven complexities of Markanity. Get your pocketbooks and your guilt ready”¦

One thought on “WWMD? He’d Suggest A Donation of Several Hundred Dollars.”