The Evolving World Of Booksales

I just finished reading Tyler Cowen’s article “What Are Independent Bookstores Really Good For” over at Slate.com. In the article Mr. Cowen attempts to tackle the assumption that the disappearance of indie bookstores signals the growing strength of capitalism in the form of superstores, and simultaneously the death of literary intellectualism. Cowen thinks the hoopla over the abundance of superstores and the lack of indie stores is much ado about nothing.

Cowen states that “Our attachment to independent bookshops is, in part, affectation””a self-conscious desire to belong a particular community”¦[p]atronizing indies helps us think we are more literary or more offbeat than is often the case”¦ the indie label is a deliberate marketing ploy to segregate, often artificially, one part of the market from the rest.”

I agree with all of that wholeheartedly. There’s nothing I despise more than a bunch of self-important jerkoffs sitting around discussing the book du jour with their stupid little goatees, and their Marlboro Light cigarettes and their cups of Starbucks coffee, and their Kanji tattoos and their holier-than-thou attitudes. I just wanna flip them out of their chairs, pour their six dollar latte over their head and scream “Hunter S. Thompson and Jack Kerouac are not the only American authors out there, you pretentious ass!”

Ahem. Sorry ”˜bout that. On with my critique.

Here’s where Cowen and I slightly part ways. He makes the claim that “But when it comes to providing simple access to the products you want, the superstores often do a better job of it than the small stores do: Borders and Barnes & Noble negotiate bigger discounts from publishers and have superior computer-driven inventory systems. The superstores’ scale allows them to carry many more titles, usually several times more, than do most of the independents.”

Okay, I agree with the discount aspect. That all boils down to wholesale numbers. Since B&N and Borders place orders from the publishers for millions of books at a time they will always receive a much larger discount than the indie store, and rightly so. As far as the inventory systems go, of course they posses “superior computer-driven inventory systems.” They have to. With that many books entering through receiving and exiting through the cashwraps no paper card catalogue or human being could possibly keep up.

However, as great as their inventory systems perform and their stock levels dazzle, I’ve yet to encounter a superstore with exemplary, hell decent, customer service. Again, I believe that this all boils down to numbers. With high stock levels and a constant stream of new books arriving daily from Distribution Centers and publishers, combined with long store hours, these superstores hire workers out of necessity. Put simply, they need lots of hands to stock, receive, run the registers, take out the trash, etc. etc. etc., and most of the time the raw need for a worker takes precedence over the fact that said worker possesses little or no knowledge of books or sales. 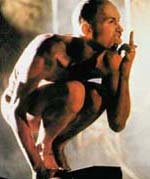 Don’t misunderstand me: I don’t expect the bookseller to be able to give me a post-colonial reading of “The Tempest,” or a deconstruction reading of “Waiting for Godot.” I’d be happy if the be-boppin’ nitwit with the pants hanging lower than the crack of his ass knew where to find the bestsellers. Look, I worked in a small bookstore for quite a few years. I knew the sections that interested me, but I also knew the ones that didn’t just as well, because hey, that was my job. I’ve come across clerks who seemed surprised that they carried books at all. Those superstores may house an enormous inventory and an impressive backstock, but nine times out of ten the book stooge can’t find any specific one of them. And those computer systems Cowen seems so enamored with? I can’t count the number of times I’ve pushed the clerk out of the way and used the computer myself. Lighting fast search algorithms don’t mean shit if the goth-freak with the name tag lacks the skill to utilize them.

And I’m only partly blaming the clueless multitude of book-stooges. I know the superstore only pays them a pittance, and I’m sure they only work part-time which doesn’t leave them with enough hours on the floor to acquaint themselves with the location of Kurt Vonnegut.

Cowen also claims that places like Amazon and internet blogs offer readers a place to discuss literature, which suffices for the conversations that in the past took place in the indie store. 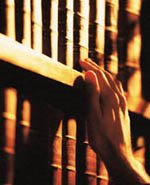 Hey, I own the domain “Hyperliterature” and I’ve discussed quite a few novels and works of literature on this here site, but no text conversation will ever take the place of human interaction. I will talk for hours about books I love, and I cherish the interaction between friends and acquaintances about literature. And as much as I love comments and emails about books/movies/politics/etc, I’d much rather sit down with you face to face and share a coffee/tea/smoothie and talk. No blog/email/comment/review will ever replace that.

Other than those nagging little details I enjoyed his article. I, too, love the emergence of Google Books search, Amazon’s Search Inside feature, and out of print books available on-line. I’m curious as to how larger servers with huge arrays of drives offering teraflops of data storage will affect more traditional means of print storage, such as libraries. The day is rapidly approaching when we have the means to store all books electronically.

But then the question of access becomes important. Who has it and how do they use it?

7 thoughts on “The Evolving World Of Booksales”