The Apocalypse: The Final Frontier 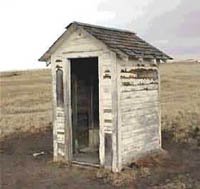 You know, in spite of all the political unrest in the world, as a culture we’ve accelerated technologically at an astounding rate in the last 200 years. Just think, at the beginning of the last century most people in our country did not have access to electricity, running water or an automobile. By the close of the century an average household owned at least two vehicles, had the luxury of a television in almost every room in their house, and the internet provided them with a way to communicate with people all over the globe instantly. We also poop indoors now, which I think we all agree is a step in the right direction.

One hundred years ago most people were still traveling via locomotive or horse, now we’re gearing up for privately owned spacecraft (they barely leave the atmosphere, but no matter) which have the capability to take tourists into space for nothing more than a joyride. Space elevators represent a viable means to transmit material out of our atmosphere, and when I read about faster-than-light travel and interstellar spacecrafts most times I do so in scientific articles and not in pulp magazines.

Honestly, I don’t think this bodes well for us. If science-fiction and dystopian literature has taught us anything it’s that once our society reaches a certain technological level either a) we use up the earth’s resources forcing us off-world to survive; b) we inexplicably blow up; c) aliens invade and enslave us; d) our computers achieve sentience and overthrow us. None of that sounds too appealing.

Obviously, I’m overlooking the prospects presented by Gene Rodenberry, but I think we can all agree his vision was just a wee bit too idealistic.

What’s a person to do?

Personally, I’m going to stop reading science-fiction for a while. Maybe. Ok, probably not, but I’m gonna start reading a different kind of sci-fi.

I’ve also already decided that if the machines or aliens do overtake us that I’ll go along and cooperate willingly. I’d probably even reveal the location of the rebels for a steak or a few intergalactic credits. I know I’m not the One, and besides, I’m a true American, which means I truly do believe that ignorance is bliss.

6 thoughts on “The Apocalypse: The Final Frontier”