In my novel-in-progress I’ve appropriated as many stories and experiences from my childhood and teenage years as I could clearly remember. The protagonist of my story, a man in his early thirties, can’t seem to unwrap himself from the tangled mess of his youth. It occurred to me after reading and rereading those words by Roth, while simultaneously mulling over my personal writing process, that those “best” moments of youth, at least in my situation, are a little harder to categorize than those of Roth’s character’s. 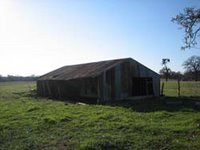 I grew up in a tiny little Texas city, that till this day has yet to install even one traffic light. There’s no post office and only two “convenience” stores (if you consider paying double for every purchase because of overpricing convenient), and until several years ago the number of gravel roads far exceeded the number of paved ones. Boys learn to drink and drive at an early age, and the number of children who make it into college out of high school would make you weep.

In the midst of all this I had an atypical upbringing. My parents made a comfortable living as the owners of a large dairy farm, and they supplemented the farm income with a little accounting business, compliments of my father’s CPA license. As a young child, my parents read to me quite frequently, and I always had their support in all things academic.

With their support I learned to love books and learning in general (well, except for math), and I’ll always be indebted to them for all their support.

Unfortunately, of my many friends I was about the only one who had any of this foundational support from which to grow. I hung out with some pretty tough individuals, and witnessed some amazing stuff. As I remember things like watching guys vomit blood from alcohol poisoning, riding around on gravel roads seeing how dangerous we could drive without crashing, learning cute little rhymes like “liquor before beer you’re in the clear, beer before liquor never sicker,” and conning people into buying us underage hooligans cases of beer, I wonder whether to categorize any of that as “the best of boyhood.” Sure, loads of pure and wholesome things occurred, but those incidents of debauchery which occurred deep in the heart of Texas are the ones that I remember most clearly.

As I’ve said, I’m using the experiences of my early life as the inspiration and source material for a novel. It’s tough work, writing. But even tougher is parsing through the experiences of my formative years and analyzing them both for their entertainment value and their overall meaning and implications for adulthood.

All those years of drinking, fighting, and mischief-making are serving me in ways I never would have imagined. I’ve learned a lot about myself during this process, much more than I bargained for.

But I’m still not sure I’ve ever longed for those days past”¦and I doubt I ever will, but I’ll damn sure make use of them in any way I can.

Incidentally, if you want an idea of what life was like where I grew up just watch “My Name Is Earl.” I’ve played “beer-can-tag,” and I, too, am enamored with “Smokey and the Bandit”””I even owned a 1980 Trans Am for a while. Granted, things are a little less dark and scary on “Earl,” but we can’t watch that show without me screaming at the TV “I know that guy,” or “Good God, I did that too!”