Usually after we watch a movie I try to write up some kind of review before I begin reading the critics’ articles. I want to make sure no one else influences my opinions, but after we saw “Superman Returns” I just had to see what other people had written. Frankly, their opinions have surprised me.

Many of the reviewers have taken umbrage with the fact that Superman seems much more alien than and not as bumbling as Christopher Reeve in the 1978 version. I actually liked this aspect of the movie. Routh’s performance accompanied by Singer’s direction reveals a small glimpse of the bumbling Clark Kent, enough to make it believable that a mere pair of glasses serves as a convincing disguise, but we don’t get so much of the slap-stick jackassery that it becomes distracting. A Superman movie should be fun, but not in a Buster Keaton kinda way.

One of the most interesting aspects of Superman arises from his heritage. Despite his desperate longing to be human Superman will always be an alien, and Singer’s film really emphasizes this conflict. For all intents and purposes Superman is a god, albeit a god that loves and respects the men he walks among. Singer’s Superman floats above Earth using his preternatural hearing to parse through the cacophony of humanity in order to locate and prevent disasters. For me, this is where Singer uniquely defines Superman against other Super-Heroes.

Peter Parker is nothing if not human. We like him because he hurts, bleeds, and mourns just like us. In Spider-Man 2 when Peter passes out after having saved the train from hurtling off the tracks, the passengers of the train, Peter’s fellow New Yorkers, lift him up reverently and bring him aboard. One man marvels that Spider-Man looks to be the same age as his son, and when Doc Ock returns to finish off the unconscious Spider-Man the crowd steps forward to protect their own. They realized that underneath the costume resides a mortal man, and they connected with that humanity, just as audiences have done for decades. Watching Superman float above earth listening to humanity cry out for a savior I couldn’t help but imagine that the weight of such a responsibility would most likely drive Peter Parker mad. Man is simply not made for such things. 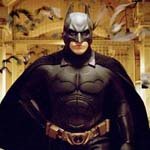 On the opposite end of the spectrum we have Bruce Wayne. Well, actually we have Batman, because the Bruce persona actually serves as a disguise for the Batman. Batman is most interesting when the writer realizes that the death of Bruce’s parents drove him insane, and the Batman is the result of that insanity. It’s a controlled insanity to be sure, but insanity nonetheless. Batman fights crime to punish the criminals and not to protect the weak. Bruce’s humanity died with his parents, and if he possessed the ability to float above the Earth I think he would tune out the cries for salvation and focus in on eavesdropping on the criminals.

In “Superman Returns” we see Superman zip around the globe answering cries of help like a red and blue savior. At one point in the movie he literally holds the weight of a globe on his shoulders. But as we see through his relationship with Lois and his aloofness with the rest of Clark’s contemporaries Superman’s role as protector is a lonely one. A near omnipotent being simply has no real place with the rest of humanity, and try as he might, Superman never overcomes this.

Enough about character, let’s talk about the action. Let me say this: Superman is a badass. No joke. You’ve never ever seen a character with as much ass-kicking presence as Singer’s Superman. He flies at speeds beyond human comprehension, he lets a bullet hit him in the eye without blinking, he moves through fire and water seemingly unfazed, and he rips through the debris of an airplane in mid-flight without so much as a grimace. Donner’s film promised that you’d believe a man could fly, while Singer’s proves to you that Superman is the baddest mofo in the universe.

Unfortunately for Routh, Kevin Spacey pulls a Nicholson and turns in a villainous performance that damn-near overshadows the hero. Spacey completely erases the foul taste left in my mouth by Hackman and Beatty, and his portrayal of Lex sets the bar for super-villains. But then we all knew it would, didn’t we?

I can’t recommend this movie enough. Singer perfectly balances the drama with the action so that when things start to go all cataclysmic you truly worry for the characters. I already want to see it again.

Wait, one more thing: For someone who genuinely feels betrayed by our government (calm down”¦I hate the ineffectual dems as much as the radical repubs) I was genuinely moved by the altruism of Superman. Superman is so much more than a hero-he’s an ideal-he’s the thing we should all strive to be. Jor-El tells Superman that “[Humans] can be a great people, Kal-El. They wish to be. They only lack the light to show the way. For this reason above all, their capacity for good, I have sent them you, my only son.” The amazing thing? Superman actually believes that about us, and that belief truly makes him a hero.

I could go on about this movie, but I think I’ll stop here for now. Tomorrow I may post some graphic novel recommendations if you’d like to read more about the last son of Krypton.