I like to think that the majority of people who classify themselves as religious entered into their religion through some sort of emotional or spiritual calling. I’m uncomfortable with the thought that people simply worship a certain way solely because of indoctrination at an early age, and not through some sort of self-discovery provided by either a revelatory epiphany or through small daily affirmations. I hope most people actively find their faith organically and naturally through study and introspection, and not as a passive consumer.

But wouldn’t it be fun if you could remove religion from the realm of faith and simply comparison shop for the one that fits you the best? Like to wallow in your guilt? Christianity’s probably for you. Oh, you like to drink? Well, then steer away from the Baptists. Wait, you dislike other people, but especially people who sit in pews? More into the silent introspection under trees? Check out Buddhism. Don’t like to touch women who aren’t family? Islam’s for you my friend.

You know which religion I’d pick? Scientology. No question.

First off, all the cool, sexy people are Scientologists. Have you paid attention to the average Christian, Jew, or Muslim? Not all that attractive are they? In fact, some of them are quite unfortunate looking. But Scientologists? If they’re not movie stars then they’re wanna-be movie stars. At least I’d be surrounded by people who look like Kelly Preston and Danny Masterson instead of James Brooks and Kirk Cameron. 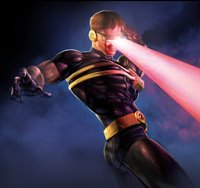 I’m also pretty sure that as religions go only Scientology offers their parishioners Super Powers. Oh, you weren’t aware that Scientology grants certain individuals with enough money Super Powers? Well it does. And not just the Super Power to act like a jackass on Oprah, but sweet Super Powers like increased acuity of vision and hearing, and enhanced speed and agility. I’m not making this up. Scientology really does offer this to parishioners who can afford the bill, and if you don’t believe me then read this article from the St. Petersburg Times. If you have enough money Scientology will allow you to take courses which utilize video stimuli and other methods derived from crappy sci-fi movies to unlock the Super Soldier in you.

Since Scientology is a mystery religion I’m positive that they offer Super Powers that we don’t even know about. I wonder how much they would charge me for the gift of flight. That’d be sweet, huh? Or howsabout invisibility? Or precognition? Or the ability to kill a yak from 200 yards away with mind-bullets (that’s telekinesis)? I shudder with excitement at the possibilities. 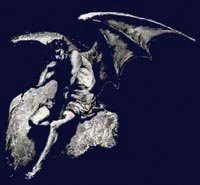 The sci-fi aspect of Scientology really stirs the curious nerd in me as well. 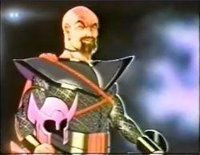 Satan’s scary and all, but I’d rather define myself against an intergalactic arch nemesis bent on galactic domination than some pretty-boy with a jealous streak. Satan may tempt you with words and occasionally send a demon to posses your body, but Xenu chains you to a volcano and then detonates hydrogen bombs blowing your ass into the vacuum zones. Sorry Satan. Power hungry overlord trumps fallen angel every time.

As I’ve said before, it must be nice to make up your own religion. I think I’m gonna add Super Powers to the amenities and perks of Markanity. Just to make it a little more marketable.