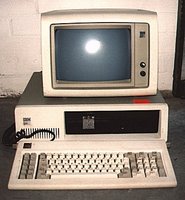 I’ve been a net nerd for many years now. I remember using archie and veronica to search the Gopher protocol, dialing up to the local BBS to enter an internet gateway, and my initial excitement at seeing a graphic interface for an internet browser.

Unlike a lot of nerds I don’t spend a lot of time reminiscing about the good ”˜ole days of telnetting and using command-line prompts to navigate the internet. For the most part the internet tools of yesteryear were clumsy and unintuitive and you wasted a lot of time bumbling around instead of actually accomplishing anything with your on-line-time. Clearly this stands in sharp contrast to the current incarnation of the internet, where I spend most of my on-line-time watching videos of people getting hit in the nuts with various blunt objects.

The one ancient program I do miss? That’s easy: Napster.

And not for the reasons you’re probably thinking.

I’m not going to deceive you; I pirated my fair share of music, but don’t judge me too quickly. I also bought and continue to buy an enormous amount of music legitimately, so in the end I’m sure that I ended up buying most of the music I downloaded.

No, what I miss most about Napster was the ease with which a fledgling band could distribute their music to millions of people. Sure, there are avenues for that now, but none with the simple interface or the reliability of Napster.

At the height of Napster I discovered and downloaded a large number of songs from upstart bands who had freely distributed their music, or live performances by known bands who consented to having their performances recorded and shared. (btw, the Live Music Archive from Archive.org still holds an impressive number of live performances available for legal download.)

Unfortunately, many of these were lost when I suffered a hard drive crash several years ago, and with the demise of Napster went any chance of reclaiming most of those rare tracks.

“Reverse Nova”- Screwtape Letters. These guys sound a bit like Radiohead or U2.

“The Devil Went Down to Georgia”- Sloppy Joe. This is a really cool cover of the Charlie Daniels song. Instead of performing the solos with a fiddle they use an electric guitar. It even manages to feel a bit creepy where I always thought the original was a little cheesy.

“Hit Me Baby One More Time”- Travis. Yeah..that Travis. This is a really funny cover of the god-awful Britney Spears song performed live. The best part is his laughter when he tries to hit the high notes.

“I Can’t Help Falling In Love”- Dynamite Boy. The classic Elvis song performed by a punk band? It’s better than the image you get from the description.

And last but most certainly not least:

“Brad Pitt With a Vagina”- Suck. Yeah”¦well, the title mostly says it all. Probably the most homoerotic song I’ve ever heard. Really, really funny. Steer clear of this one if lyrics like: “When I make love to my little lady / I close my eyes and I think of you Brad Pitt / But that’s ok ”˜cause I know she’s doing the same / So tell me Brad, when you make love, who do you think of?”