I just read a Reuters article about Bird Flu which claims that “A Chinese man who died of pneumonia in 2003 and was at first classified as a SARS victim might have in fact died of avian influenza.” 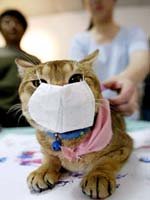 Let’s look at that closely, shall we? First off, the guy had pneumonia. That’s a down-home sickness I can get behind. It’s been around the block and killed lots of folks along the way. I respect that.

But plain old pneumonia wasn’t good enough was it? Nope. Suddenly they, and by they I mean whoever is in charge of scaring the shit out of us, suddenly decided to classify his pneumonia as SARS, the sickness du jour.

Now they’re claiming that what the doctors first classified as SARS may in fact have been Bird Flu. SARS is so last season. 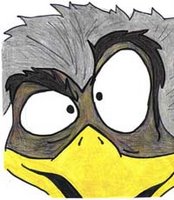 At first I felt a bit scared, because apparently this illness mutates faster than Wolverine on meth (I have no idea what that means), and is a master of disguise. Next it’ll assume the symptoms of syphilis or maybe whooping cough or ass-rash. (That’s a real thing”¦I looked it up)

My fears disappeared as I got to the end of the article and read this: “The H5N1 avian flu virus has swept across most of Asia, into parts of Europe and Africa. While it is mainly a disease of birds, it occasionally infects people and has killed 130.”

I’m something of an amateur writer, but I don’t think I’d use the verb “swept” to describe the actions of a virus that only killed 130 people. Give me a freakin’ break. 130 people? And it’s made its way through Asia, Europe, and Africa? I bet more people died jerkin’ off than from Bird Flu. What if 200 people died last year from drinking-straw related accidents? Would we call that a global killer?

The media shouldn’t even report on this stupid thing until it kills at least a thousand people. Maybe even two thousand. At least wait to report it until it kills more people than food poisoning.