Have you ever said something rude to someone and in disbelief they replied with “what?” People usually do that to assure themselves that someone has just crossed the line of civility so they can respond in kind.

Many people will back off and retreat from a “what,” by either mumbling a lame apology or changing what they said initially to avoid a confrontation.

Not me. I like to exacerbate the situation and counter the “what” with a “you heard me.” Folks don’t expect that.

If I’m really feeling confrontational I’ll say “I didn’t stutter.” That one really has the power to take your verbal foe aback. That’s the conversational equivalent to an upper-cut, whereas the “you heard me” is merely a jab setting your opponent up for a follow through. 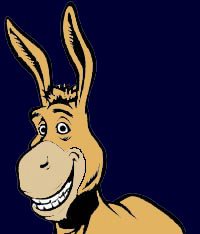 I think I should offer a small warning: Many people do not respond well to verbal taunts. You may find that some people resort to a physical counter-attack in defense to your verbal assaults. If you find yourself in a situation where fisticuffs are imminent you might be tempted to flee.

I would categorize fleeing as a mistake, and here is my reason why: The moment you get punched in the face marks the exact moment you win the argument, because your opponent has admitted though his physical response that you’ve bested him intellectually. And you’re in this to win, aren’t you? I know I am.

I say revel in your victory”¦well, unless you’re in a lot of pain. In that situation you’d probably want to seek some medical attention before celebrating, but at some point you should definitely celebrate. Nothing’s more exhilarating than being a winner.

2 thoughts on “Helpful Advice From Hyperliterature”