Use Your Voice, Dammit!

“The Senate has introduced the “Digital Content Protection Act of 2006,” a bill that will create “Broadcast Flags” for all digital radio and television, leading to FCC oversight of all new digital media technologies from iPods and PSPs to TVs and DVD recorders.

Under the DCPA proposal, digital media technologies would be restricted to using technologies that had been certified by the FCC as being not unduly disruptive to entertainment industry business-models.” 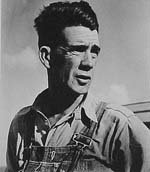 What does this mean for you? Well, for starters you wouldn’t be able to copy your CD’s onto your iPod without permission from record companies. I’m sure that puts a big ”˜ole smile on the face of Sony, huh? Actually, these flags wouldn’t allow you to digitize your media into any form not immediately approved by the manufacturer, and I’m not talking about illegal digitizing either.

DRM flags, or Digital Rights Management, controls how you use a certain medium and prevents you from converting said medium into a different form. You have a song you’d like to place on a home movie? Sorry, can’t do that, even though there’s nothing illegal about it. Wanna make a compilation CD of all your favorite Def Leppard albums? No can do, and DRM doesn’t give a damn that you’re allowed to do that.

The bill also seeks to stop technological growth by only allowing innovators the privilege of offering consumers devices which adhere to “customary historic use of broadcast content by consumers to the extent such use is consistent with applicable law.” Had this law been applicable in 1983 the Supreme Court would have never handed down their landmark decision granting Sony the right to produce the Video Cassette Recorder, because the VCR as we know it would have violated the law at the time of manufacturing, hence Sony would have been denied the opportunity to initially sell the device. Read more about the bill here.

This proposal would essentially make fair use a thing of the past. And please, don’t be fooled by Republican a-holes who try to say this would curb copyright infringement. It won’t. Trust me on this, ”˜net nerds will always, ALWAYS, find a way to copy what they want while informing as many people that will listen on how to do the same thing themselves. We just have to accept that. But as Sony demonstrated so well last year, crap like this only damages people who play by the rules. 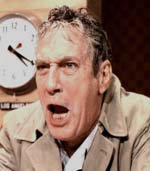 What can you do?

This time it’s real easy. Go here and fill out a little form letter and the web page will automatically mail it to your senator. No fuss, no muss, and you get to tell your local governmental stooge what for.

It only takes a minute people. Please, for once let’s stand up, throw open that metaphorical window and fight back.