While noodling with the template for the blog this afternoon (don’t ask how it’s going) I noticed my post statistic in my Blogger dashboard: Not counting this one, I’ve posted 424 times since November 2004 when I first began this blog. Oh how it’s changed.

I’m not masochistic enough to link to my first post, besides you can look it up yourself or you can take my word for it that not only has my writing changed (hopefully for the better), but the content and the purpose of the blog has undergone a slow but extremely important metamorphosis as well. 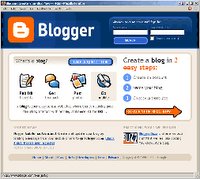 When I first began Hyperliterature I did so to make multimedia information easily accessible to my grad student colleagues. Since I left programming behind in the early nineties I had no interest in building an actual web site. Blogger seemed like the logical choice to store and display different mediums of information in an easily accessible location. So I signed-up, posted some images and articles, and thought I was done.

But I wasn’t. Because no matter how much I tried I couldn’t stop posting things–and not just things associated with the study of literature either, but all kinds of things ranging from the mundane to the political to the purely sophomoric.

Now, now…stay with me here.

By this I mean a fictional character in the same way that literary critics read the “speaker” of a poem. When you begin analyzing and explicating poetry one of the first and most important things you must realize is that the speaker of the poem and the author of the poem are not necessarily the same person. To read a text otherwise would be to commit what literary critics call the “intentional fallacy,” and would be a diversion away from the actual artistry of the text into “external” areas which may or may not be of any value.

For instance, in “The Canterbury Tales” a character named “Chaucer” accompanies the pilgrims from Southwark to Canterbury, but we shouldn’t be so presumptuous to assume that everything the Chaucer character says or does constitutes commentary by Chaucer the author.

Likewise, a responsible scholar would never automatically assume that the speaker in Shakespeare’s sonnets is actually Shakespeare the author. Many critics have attempted to make conclusive statements regarding the “true identity” of Shakespeare, his romantic interests, and his sexual identity based on information contained in the sonnets. We all agree that Shakespeare was a genius, so who’s to say that he didn’t just imagine a speaker and write sonnets from the perceptive of that imagined character?

Now, I’m not comparing myself to Shakespeare or Chaucer (well, ok, kinda), but sometimes this “blog-voice” seems more like a character than anything else. Not that I lie about things or straight-out make things up, but more that I tend to add a little bit of prosaic pizzazz here and exaggerate a situation there (quite liberally at times) to make my posts more compelling. 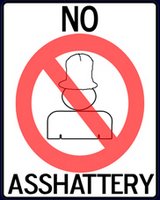 So I apologize if you want a more serious and academic sounding blog on literature, or politics, or popular culture, or anything else. You ain’t gonna find that here. Oh sure, you may get paragraphs structured with lucidity of purpose and whole posts of moral and political outrage, but rest assured that a fart joke will always follow close behind and I’ll never be afraid to mix terms like “epistemology,” and “motherfucker.”

One thought on “Mark A.: Character”